Lola and the Eggs: A Revenge Saga, chapter 4…

It has arrived. The final chapter in Lola’s story of revenge (by dinosaur!) against the human species who has dared to take her basic canine rights away on a mere whim. Chapter 1 introduced us to Rex, who was solely designed to strike fear into our hearts. Chapter 2 hatched Trix and a devious plan to regain control of the couch. Chapter 3 laid out a cunning ploy to steal bed pillows and force humans to sleep at the foot of the bed.

Chapter 4 is much more fearsome than anything I could have prepared for.

Now that Lola has regained her rights to the couch, the bed, and the entirety of the living area in general – thanks to a frightening Tyrannosaurus Rex who stands guard in the doorway – she has one last plan up her doggy sleeve. I didn’t put two and two together in time and now I fear there is no hope for the humans that populate Earth.

Maybe they can fire up that Mars biodome a bit ahead of schedule.

Lola has two blue eggs in her nest (which looks suspiciously like an ordinary dog bed) and she’s ready to unleash them on the world. The eggs make terrifying noises that sound like snakes… that happen to have teeth and claws. Before I began backing away in terror, I noticed the shells boast very similar colors and markings. Which can only mean one thing.

They are siblings who will band together to take us down! 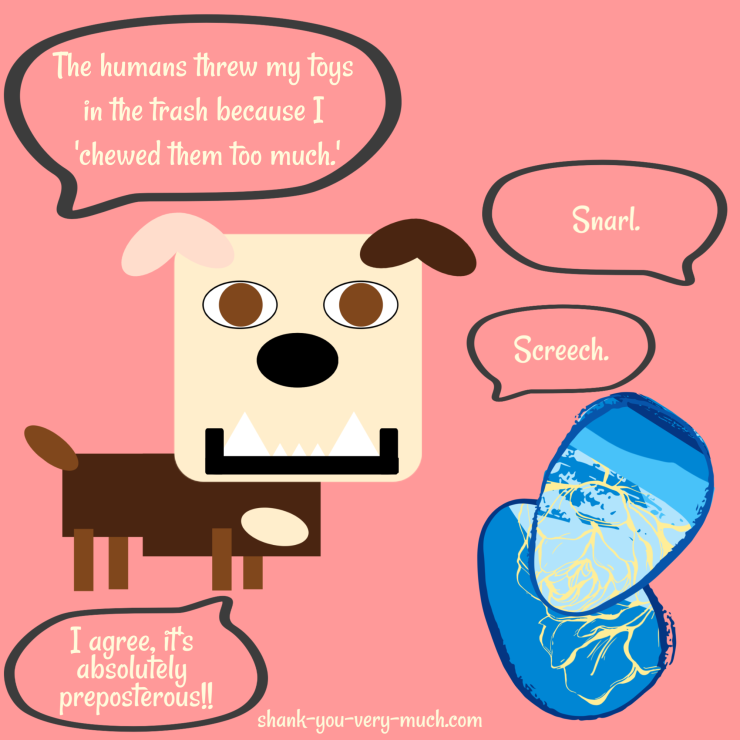 Yep. I’m in trouble. Send help immediately! I don’t know what snacks the velociraptors find the most enticing, so just bring everything you’ve got. If that fails, we’ll watch Jurassic Park with them and see if we can win them over to our side.