And not just in a metaphorical sense.

I was walking around cleaning up after the world’s longest day with a Little who screamed the house down. I was so tired and mentally out of it that my normal instincts were dulled. I missed the world’s biggest spider hanging out on my dining room floor. I’m not unaccustomed to large spiders, being from Hawai’i, the land of the cane spiders. Those monsters are the size of your hand!

So Lola is standing, rigid and on guard, while staring intently at the ground. I call her and she looks at me for a split second before returning her eyes to the ground. I ignored her and went about my life.

Now, I know what you’re thinking. How come she didn’t check out what Lola was looking at? It’s a pretty easy explanation. She’s a nut. I’ve embraced her weird behavior because it mimics mine exactly.

A few minutes later, Lola is still standing in the same pose over the same spot. So I look and she’s guarding me from this giant man-eating spider. You know without Lola that beast would have made his way into my bedroom and crawled into my brain as I slept and killed me. 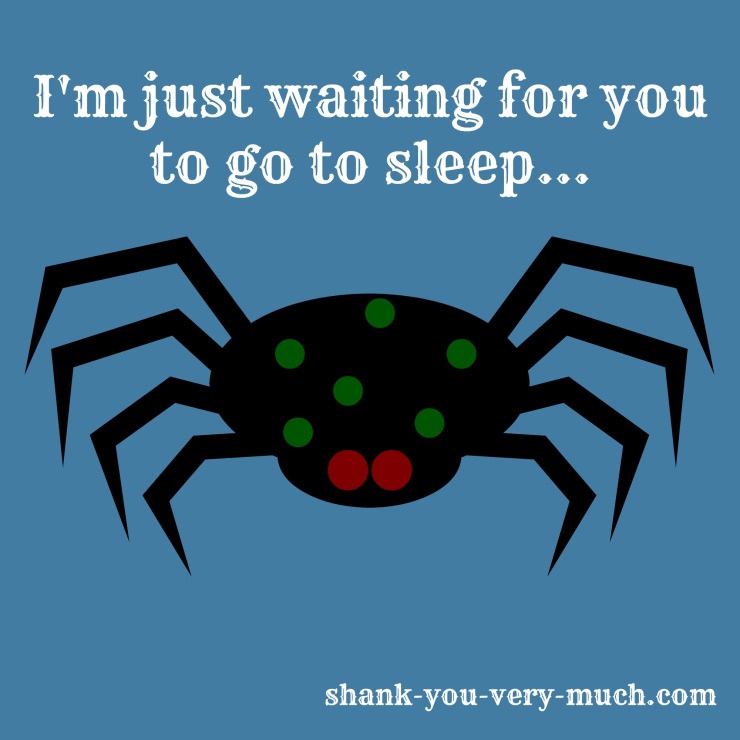