The bathtub is no longer safe….

I’ve never been so excited in my whole life.

Ok, that may be a dramatic statement, but I’m a dramatic person who enjoys a good opening line. Sue me. Now, on to the excitement.

We all know that I have a huge love of dinosaurs. I love Jurassic Park with a passion, so much so that I recently wrote a blog about it. I also nicknamed the new Little in my daycare after a dinosaur. And Transformers 4 is officially the best because it has dinosaurs in it. 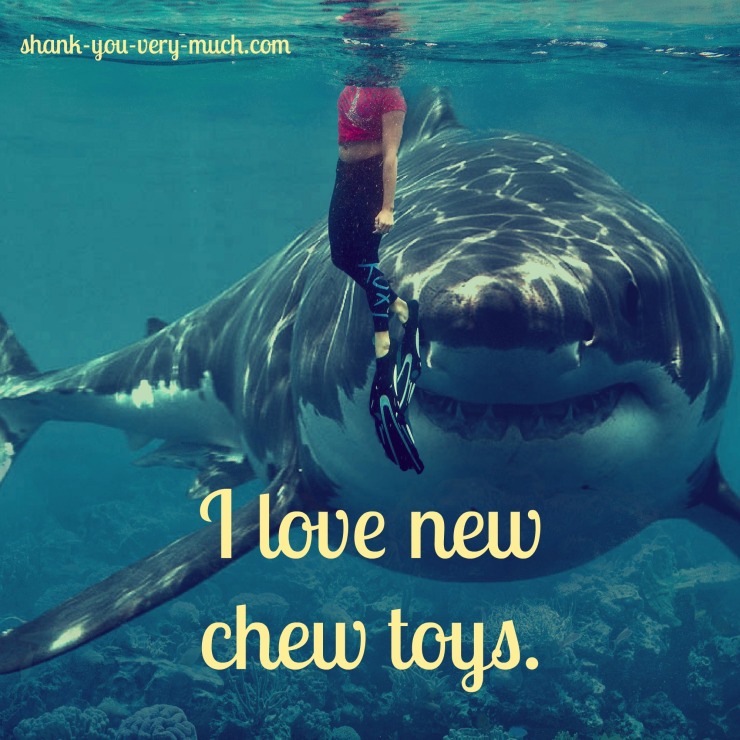 I’ve never seen Sharknado, mostly because I live all around water and was really hoping to recover from the Jaws trauma from childhood. I was *this close* to being able to get onto a ferry. But Sharknado will probably nix that idea pretty quickly.

It is also entirely possible that it will instill in me a fear of a shark attacks as I’m walking down the street, which has not been a fear of mine. Yet.

But I’m going to do it. Next weekend the Hubster goes on duty and I have the entire 24 hour period to scare myself silly. I’m going to add on the Jaws movie franchise as soon as I finish watching Sharknado. I might as well just go for it and ruin my ability to ever take another shower!