The swift hand of justice…

Lola is well versed in the art of subtle warfare. She may look entirely innocent to those who don’t know her, but lurking just under her furry surface is a calculated hunter just waiting to strike.

Unfortunately, I am usually the prey.

Lola has a plethora of toys that litter our home. Some of her favorites include the rubber ball that makes a satisfying squish noise when chewed, a rope ball that creates a giant thunk when tossed across the room, and a rubber bone that blends into any environment.

This is the weapon used to destroy me.

The rubber bone can be placed in a number of areas around the house, where it lies in wait to trip me. Due to our uncarpeted flooring, the rubber bone is able to grip the floor – ensuring that it will not be kicked out from underfoot. Instead, the rubber grip causes humans to stumble over it, leaving them flailing their arms and legs in a desperate attempt to stay upright.

A task I cannot usually manage even without a bone in the walkway.

This weekend, I was witness to the moment I’ve been dreaming of since Lola pranced into my heart seven years ago – retribution. The rubber bone, growing weary of being chewed on by a slobbering mass of fur ball, decided to exact its revenge in the most satisfying of ways.

It tripped Lola, causing her to fall into a pile at my feet. 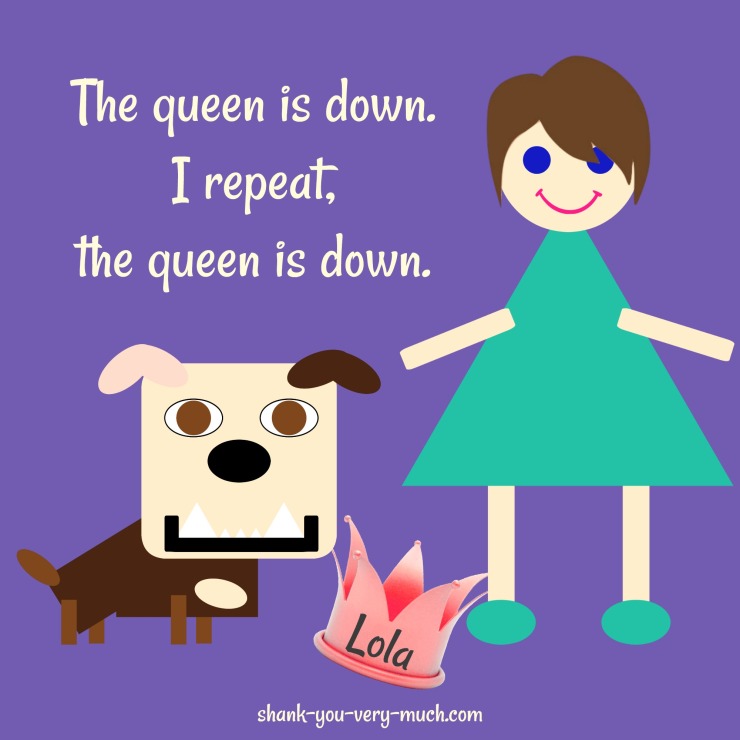 That’s right, Lola was caught in her own boobytrap! Never again would she be able to smugly grin her doggy smile as I’ve gone sprawling across the living room floor. Never again would I hear her puppy cackle when I’ve found myself grasping at the wall while falling – a wall that only adds insult to injury due to its textured nature that scrapes the skin raw.

Justice has finally been served to the injured parties targeted by a vindictive Lola.

For the rubber bone’s safety, I’ve removed it from the toy box for a few weeks. I can only hope that when reintroduced, Lola will have forgotten the incident entirely. If she hasn’t, I am prepared to offer up cheese on behalf of the bone – it’s the least I can do after rubber bone stood up for me and all the other humans who have been harmed.

51 replies on “The swift hand of justice…”