Dictator, thy color is brindle…

Lola has prepared a stockpile of cake grenades and she’s threatening to lob them all over the world.

What happened, you ask? Well, she’s on medicine and needed a bath – she feels she was unduly tortured by the two events. Normally she doesn’t protest her bath, she’ll let us put her in the tub and she happily sits and tries to drink all the water as it runs out of the faucet. The theory behind this is that if she drinks all the water as it comes out, the water can’t be used to wet her fur. She also reasons the danger of drowning – in the two inches of water the Mommybeast insists on filling the tub – is greatly reduced by her drinking the bath water. Sometimes Lola drinks so much water she vomits and then we have to get another shampoo cycle. All in all, she delights in the bath.

Lola saw me head into the hallway bathroom, hereby referred to as The Room of Doom Where the Lola Waterboarding Occurs. As Lola runs away to hide, the Daddybeast is in hot pursuit. Several thumps, bumps, and curses later, they made it to The Room of Doom Where the Lola Waterboarding Occurs. They were both out of breath and sweating. Lola hits the water and decides to show us who is really in charge of this household. She proceeds to rapidly move back and forth in the tub while I try to wrangle a slippery bulldog. Water lapped over the tub at an alarming rate and I swear I saw Lola grinning at me.

20 minutes later, the Mommybeast is drenched in water, the Daddybeast has been violently splattered during the shake session, and Lola is ready to lob her body around and knock our feet out from under us during her wild streak around the house.

No word on the status of the cake grenades. 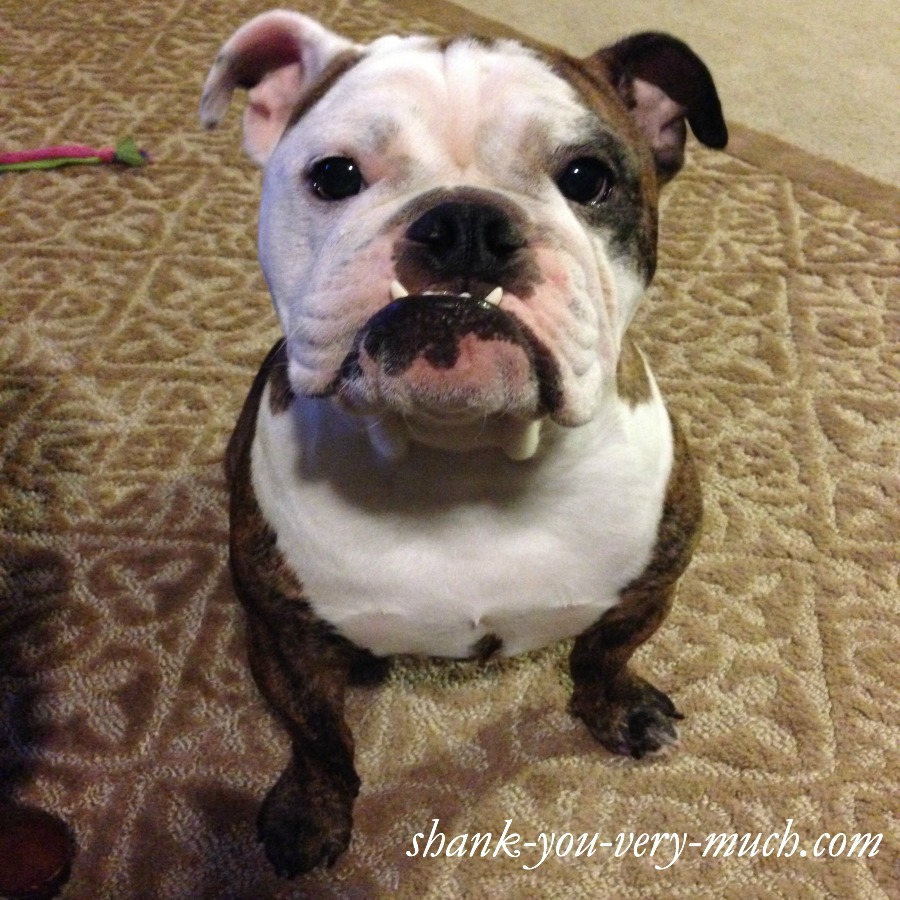 Lola’s like North Korea, you just sit there with your fingers crossed and hope the dictator doesn’t become vengeful.

9 replies on “Dictator, thy color is brindle…”