Take a road trip this summer…

Several years ago I wrote a series of posts while on a road trip around Washington State. I used my time as a bored passenger to spot road signs that warned you of your imminent death, and then I made sure all of the other passengers in the car were aware of them.

I find death comforting if I can take a bunch of people with me.

I thought it was time to dust off the old posts and delight you with the signs again – just in time for the summer vacation season. These signs can serve as a cautionary tale, useful when determining what to pack for your trip – I recommend a set of skis to outrun the volcano. You can also play a travel game – the first one to spot all the signs wins! Or loses, depending on how the ocean is feeling at that particular moment. No matter how you choose to look at it, your death could be imminent.

I’ve included the names I gave to each sign underneath their photos, along with the link to the original road trip blog post – in case you want to read of the terror I experienced as I discovered these signs while trapped with nowhere to run. I also talked about candy, so it wasn’t all gloom and doom. 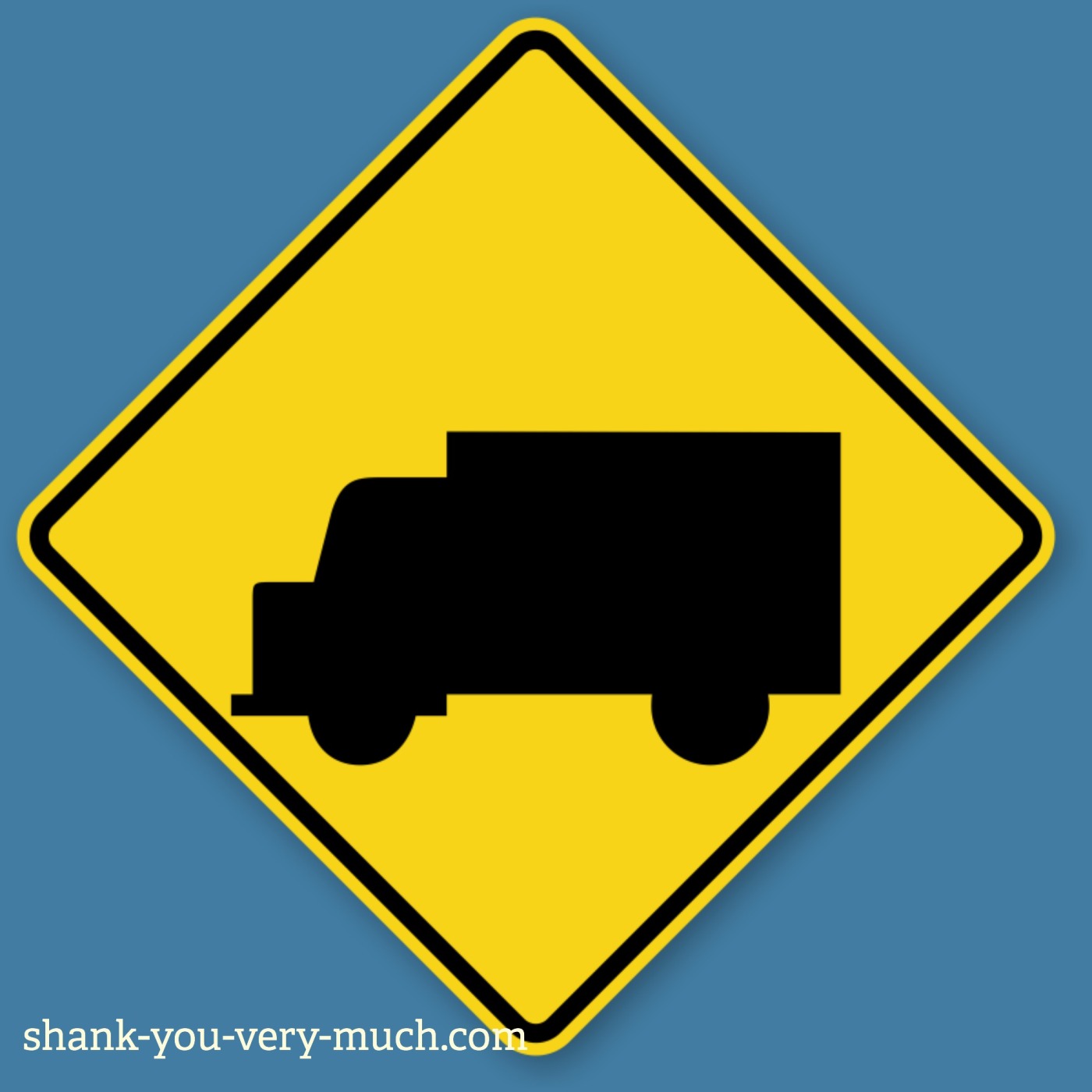 This sign was spotted where there were no intersections and no physical way for a truck to be driving there. Other signs notified us we were in Sasquatch Country. Sasquatch is Big Foot’s given name. Your adventure begins.

Run From the Volcano As Fast As You Can.

I know what volcanoes look like, I grew up in Hawai’i and they feature heavily in our news cycle. There were no volcanoes where we were driving… Consider this your public service announcement – you can vacation here, but bring skis to escape the carnage. 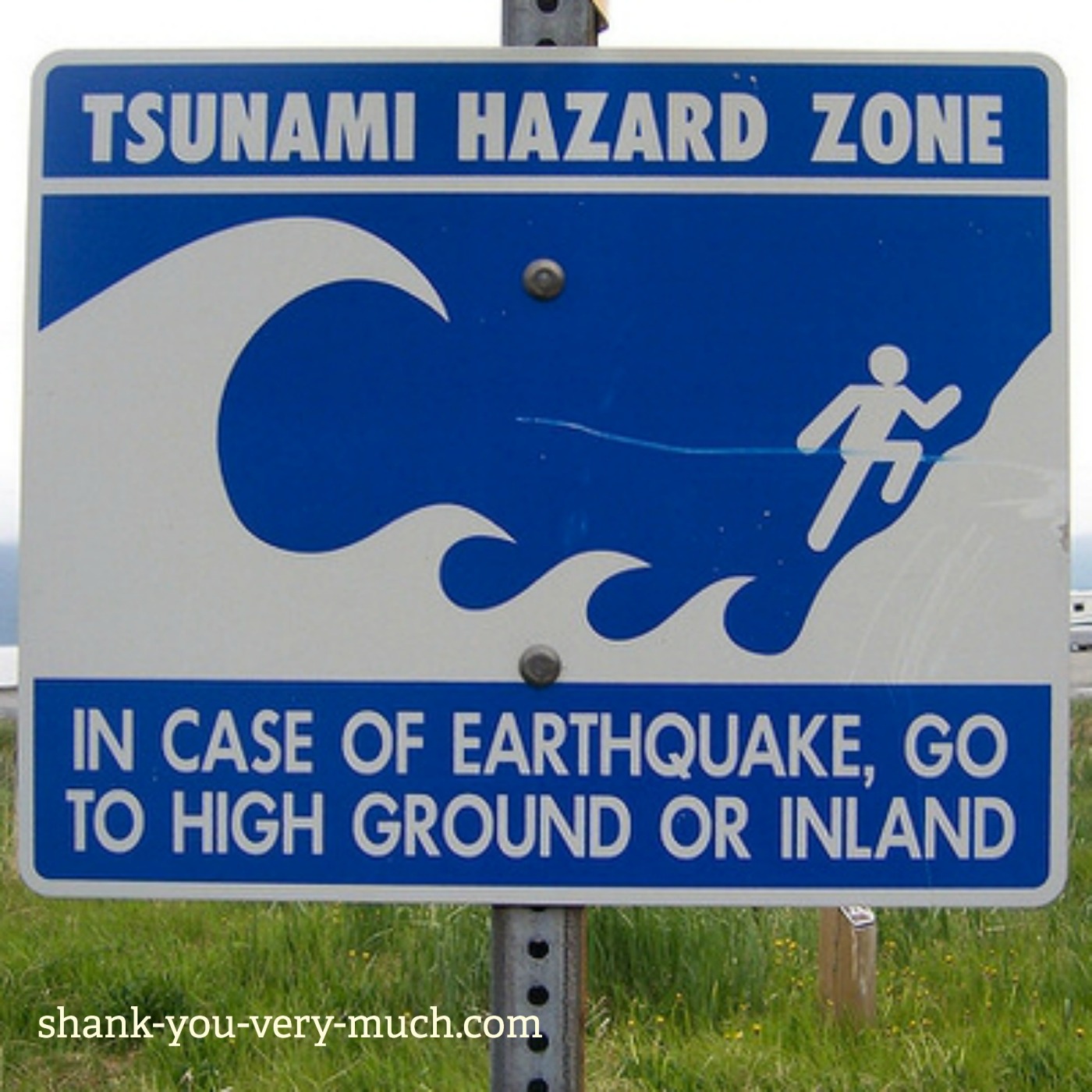 The Water Is Coming And You Should Climb.

Volcanoes cause earthquakes. Earthquakes cause tsunamis. Tsunamis cause humans to get to high ground. On the volcano that caused all of this to begin with. Instead of drowning in the tsunami, you are essentially picking death by lava. Good plan.

The Water Is Here To Kill You.

If you follow this sign you will climb a volcano – which is simultaneously warning you to turn around with its own set of arrows and evacuation routes. You end up going in a circle. Which somehow seems better than just sitting there doing nothing as death approaches.

Even The Wildlife Don’t Camp Here.

I just need to state something very clearly. If the bears and mountain lions are scared of this place, you are ridiculous to camp here. You cannot achieve hero status for dying a stupid death. You can achieve hero status by toasting the perfect marshmallow over the fire, in your living room fireplace.

You Should Turn The Car Around.

If you make it to the top without turning around, you are unconsciously searching for the Run From the Volcano As Fast As You Can sign that was in the other parks with volcanoes. There are none of those signs in this area. This volcano is a beast who wipes out everything for miles around. Now turn the damn car around!

You Managed To Visit Without Dying.

I bet you almost peed your pants though, didn’t you?! You also forgot to visit the museum in your attempt to flee while you still had a chance. You obviously have a strong instinct for survival. As a reward, you should find a hotel at least 20 miles from the volcano and enjoy an adult beverage in their bar. You’ve earned it.

34 replies on “Take a road trip this summer…”